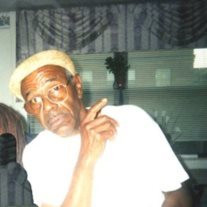 Clarence Thomas Garrett was born on May 25, 1942 in Pittsburgh, Pennsylvania. He was the oldest child from the union of Samuel and Mary Nelson Garrett. "Tommy", as he was always known to family and friends alike, and his siblings grew up in the Hill District section of the city where he attended and graduated from Schenley High School. In his youth he and his siblings attended Macedonia Baptist Church. After high school Tommy enlisted in the United States Air Force where he served a three year tour of duty. He was united in marriage to Synorita Scales on November 22, 1969, and from this union one son was born. Tommy was a long distance truck driver by profession and also worked for a number of local companies and the V.A. Hospital. He was a driver for the Tunie Funeral Home for a number for years. One of the things that he found most personally rewarding was his work as a volunteer Emergency Medical Technician (EMT). As the driver he saw first hand the lifesaving role that the first responders played and this prompted him to get his EMT certification. Tommy was Worshipful Master from 1977-1980 at the Precious Jewel Lodge in Homestead, PA. He could also play the piano, sing, and was a skillful card player. He was a member of the Rodman Street Missionary Baptist Church. On Sunday, March 23, 2014, Clarence Thomas Garrett departed this life. He is preceded in death by his parents and brothers: Melvin, Alan, and Paul. He leaves to cherish his memory one son, Thomas Anthony Garrett of Homestead, PA; siblings, Alice Garrett and Alvin Kenneth Garrett of Pittsburgh, PA; stepchildren, Nate Richardson and Lagritta Winbush of Homestead; grandchildren, Tiania Henderson, Jerome Ecklin, Lorrean and Mallory Winbush; great-grandchildren, James, Rashawn, and Javon Henderson; and a host of nieces, nephews, cousins, other relatives, and friends.

Clarence Thomas Garrett was born on May 25, 1942 in Pittsburgh, Pennsylvania. He was the oldest child from the union of Samuel and Mary Nelson Garrett. "Tommy", as he was always known to family and friends alike, and his siblings grew up in... View Obituary & Service Information

The family of Clarence "Tommy" Garrett created this Life Tributes page to make it easy to share your memories.

Send flowers to the Garrett family.