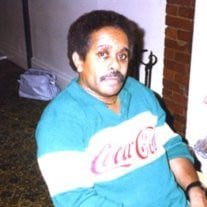 Donald (Ducky) Morton was born on June 7, 1939 in Homestead, Pennsylvania. He is the oldest of 5 children born to the late Katherine (Katie) Morton. Donald was raised in the closeknit community of Homestead among his large family of grandparents, aunts, uncles, cousins, and friends. At an early age he accepted Jesus Christ as his personal Savior. He was baptized in Second Baptist Church under the pastorate of his grandfather, the late Reverent J.D. Morton. He was educated in the Homestead Public School System and during his high school years excelled in track and field taking the team to the 1956 PIAA State Championship. After graduation Donald enlisted in the United States Army and served his country from 1957 to 1960. He then, began the early years of the Vietnam conflict, re-enlisted serving from 1963 to 1966 during that time, did a tour of duty in Vietnam. Donald was united in marriage to Emily Singleton and from this union three daughters: Kielan, Krystal and Katherine were born. A second marriage to Jacqueline Bose would produce three sons: Donald, Jr., Erik and Dellen. He & Jackie have shared a loving and committed relationship spanning the last 27 years. Donald, no stranger to hard work was employed by a number of major corporations during his work career: United States Steel, Continental Can, and The Port Authority Urban Mass Transit Project where he was a site supervisor during the building of the subway system, and Opportunities Industrialization Center (OIC). Prior to retiring Donald was involved in a federally funded program working with Robert Pitts helping minority contractors compete in the lucrative construction industry. On October 24, 2013 Donald Morton, after a lengthy illness, departed this life at the Veterans Administration Hospital in Oakland, Pennsylvania. He is preceded in death by his mother, Katie Morton, his daughter, Kielan Dawn Morton and brother, James Fletcher, Jr. Forever cherishing his memory is his loving and devoted wife, Jacqueline Morton; children: Krystal (Kirby) Hall, Katherine Morton, Donald, Jr., Erik and Dellen Morton, Ladonna Morton, Yvette Wade, and Joi Stewart; 2 sisters: Katherine (Kathy) Morton and Yvette-Fletcher Sampson; brother, Roy Fletcher; grandchildren; nieces, nephews, cousins, and lifelong best friends Delbert Mackson and Theotis Chaffin. Donald leaves this legacy of family and friends to celebrate his life and he will be sorely missed by all.

Donald (Ducky) Morton was born on June 7, 1939 in Homestead, Pennsylvania. He is the oldest of 5 children born to the late Katherine (Katie) Morton. Donald was raised in the closeknit community of Homestead among his large family of grandparents,... View Obituary & Service Information

The family of Donald "Ducky" Morton created this Life Tributes page to make it easy to share your memories.

Send flowers to the Morton family.