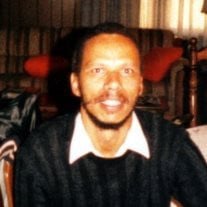 George Luther Jenkins, Jr., was born on February 23, 1944 in McKeesport, Pennsylvania. He was the oldest and one of six children from the union of Eleanor Minnie Law and George L. Jenkins, Sr. George and his siblings were raised in the closeknit 9th ward community in McKeesport among dozens of their cousins, aunts, uncles, grandparents and lifelong friends. He was educated in the McKeesport Public School System and was graduated from McKeesport Vocational Technical School in 1962. He soon after enlisted in the Unites States Army and during his tour of duty was united in marriage to Edna McCarver. This union would produce one son. After fulfilling his military commitment George returned to McKeesport. His interest in photography lead him to employment as a medical photographer at Mercy Hospital and also as a forensic photographer for the Allegheny County Detectives Bureau. George was united in marriage to Shirley Bennett and this union would produce a son and a daughter. He and Shirley would begin a twenty-five year career in property management and would relocate several times. George had an innate curiosity for just about everything! Any project or hobby that he undertook, and there were many, was thoroughly explored from soup to nuts. He was computer literate as far back as the early 70s and he loved the complexities of the game of chess and solving puzzles. He used that curiosity and his computer skills to do genealogy research and compile an impressive book of family history dating back to the 1700s. But these things were just a backdrop for George's two passions: fishing and photography, in that order. Over the years he took thousands of magnificent photos (many of which he sold) capturing everything from the horror of 9/11 to spectacular nature shots. In regard to fishing, he proclaimed himself The Greatest Fisherman. George accepted Jesus Christ as his Lord and Savior at Christ Church in Montclair, New Jersey where he worked for many years as a security officer and volunteered as church photographer. George Luther Jenkins, Jr., peacefully departed this life at home on Wednesday, January 15, 2014. His devoted and loving wife, daughter, and son Keith were at his side. He is preceded in death by his parents, Eleanor and George Jenkins, Sr., and brother, Kenneth Jenkins. He leaves to celebrate his life and cherish his memory beloved wife, Shirley Jenkins; two sons, Warren Keith Jenkins Cutler of Huntsville, AL and Kenneth (Deirdre) Jenkins of Natick, MA; daughter, Sonja R. Naylor of Huntsville, AL; brothers, Ronald (Teresa) Jenkins of Homestead, PA and Dennis Jenkins, Sr. of Modesto, CA; sisters, Marlene (Jay) Pryor of Pittsburgh, PA, Elaine Jenkins of Homestead, PA, Quincy Jenkins of McKeesport, PA, and Tiara Jenkins of McKeesport, PA; he was the very best granddad to Martika, Cortland, Emma, Benjamin, Samuel and William; a favorite uncle to many nieces and nephews, cousins, and a host of other relatives and good friends. As husband, dad, granddad, brother, relative and friend, we love you, miss you, and you will always be in our hearts.

George Luther Jenkins, Jr., was born on February 23, 1944 in McKeesport, Pennsylvania. He was the oldest and one of six children from the union of Eleanor Minnie Law and George L. Jenkins, Sr. George and his siblings were raised in the closeknit... View Obituary & Service Information

The family of George Luther Jenkins Jr. created this Life Tributes page to make it easy to share your memories.

Send flowers to the Jenkins family.