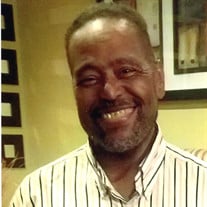 Lee Robert Dobbs, III was born on September 28, 1953 in Pittsburgh, PA. He was the son of Robert Dobbs, Jr. and Mildred Bolden Dobbs. His mother passed away when he was very young. With his father's subsequent marriage to Alice Warden and the birth of 3 siblings, he became the big brother that they would look up to and could always depend on. Lee was a 1971 graduate of Peabody High School. He worked for a time in the healthcare profession before going to work for Jones & Laughlin Steel. Seeing the decline of the steel industry, Lee opted to more stable employment and went to work for Port Authority Transit. He spent his entire working career at Port Authority retiring with over 30 years of loyal and dedicated service. He went back to school to obtain the various certifications he needed for advancement and became a skilled HVAC mechanic. On the job he was liked and respected by his coworkers. Lee and his parents, Alice and Lee Robert, Jr. began attending Clark Memorial Baptist Church serving under the pastorate of the late Rev. Dr. Donald Tunie. Having found his church home he joined Clark Memorial and would serve faithfully over the years in various capacities: deacon, trustee, & on the audio visual committee. At Clark Memorial he met the love of his life, Patti Ann Tunie. They were united in marriage on October 15, 1977 and from this union 4 children were born. He & Patti dearly loved the Lord and the church were the cornerstone of their lives. Lee was quiet and introspective man. He was loving, caring, and had a heart of gold. He loved his family with all his heart and did whatever was necessary to provide for them; always willing to listen and give the soundest advice...when asked. His heartwarming smile could brighten anyone's day and he gave the best hugs! Lee shared a very special relationship with his grandson, Christopher, who he fondly called "Main Man". He was "Poky"and they were inseparable. Lee loved the solitary sport of fishing, the calmness of smooth jazz, and he was an avid reader and African-American History buff. On August 29, 2017, Lee Robert Dobbs, III, departed this life temporal in preference to eternal life. He is preceded in death by his parents: Alice and Robert R. Dobbs, Jr. and his beloved daughter, Danielle Dobbs. He leaves to honor and cherish his memory, loving wife, Patti Ann Dobbs; devoted and loving children: Tiffany (Charles) Strothers, Alyesha D. Dobbs, Lee "Joey" Dobbs, IV, and adopted daughter, Tiffany Baker; siblings: Kathryn "Sissy" Dobbs, Charles (Carol) Dobbs, and Donna Dobbs; grandchildren: Christopher Yawn, Tashaya, Taraya, Charles & Mylten Strothers, Edward Johnson, Chloe Baker and great grand, Brelyn Bailey; nephews: Justin & Jordan Dobbs; nieces: Shannen (Darrin Hawkins) Allen & Ashley (Justin Lardill) All-Lardill; in laws: Paula Ogden, Donna (Warren) Allen, Michael (Sharon Scott)Tunie and other relatives and good friends too numerous to mention.

Lee Robert Dobbs, III was born on September 28, 1953 in Pittsburgh, PA. He was the son of Robert Dobbs, Jr. and Mildred Bolden Dobbs. His mother passed away when he was very young. With his father's subsequent marriage to Alice Warden and... View Obituary & Service Information

The family of Lee Robert Dobbs III created this Life Tributes page to make it easy to share your memories.

Send flowers to the Dobbs family.