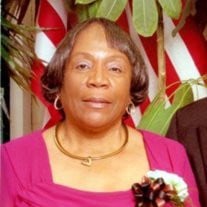 Lillie Mary Worthey was born on July 10, 1934, in West Mifflin, Pennsylvania. She was the sixth of seven children from the union of the late Johnnie Bell Clark Worthey and John Worthey, Sr. In her youth she attended the First Baptist Church of West Mifflin under the pastorate of the late L.L. Jefferson and was a 1952 graduate of Homestead Senior High School. Education: In 1957 Lillie received a Bachelor's Degree from Duquesne University and in 1966 received a Masters Degree in education, also from Duquesne University in Pittsburgh, Pennsylvania. Employment: Lillie began her long and dedicated teaching career with the Pittsburgh Public School System where she taught from 1957 through 1965. After receiving her Master's degree she was hired to teach where she once attended as a student, the West Mifflin Area School District. Her purposeful and distinctive career with the district spanned from 1967 to 1993. Marriage: Lillie Mary Worthey was united in marriage to the love of her life and soulmate, Louis Wheeler, on August 16, 1958. Theirs was marriage for the ages with this holy union lasting for over 55 years. They were inseparable and their love and dedication to each other was unparalleled. A son, Louis Wheeler, Jr. (Thad) was born to this union. Church Life: In 1958, soon after her marriage, Lillie joined Park Place A.M.E. Church, where she and her husband took an active role in church life and over the last half century plus served most notably in the following capacities- - Stewardess Board #2 under the presidency of Mrs. Eleanor Stevenson - Member of Steward Board - Women's Missionary Society - Member of Senior Choir - Sunday School Teacher - Sunday School Superintendent - Park Place A.M.E. Lay Organization - Superintendent of A.M.E. Pittsburgh Conference Church School Organizations: Lillie was a member of the Delta Sigma Theta Sorority. Special Interests: Lillie loved to travel with her husband, son, daughter-in-law, and the grandchildren as well. She always found the time to cook and bake and was known for her chicken salad and sweet potato pie. She is preceded in death by her siblings John Jr., Idabelle, Peggy, Minnie, Gussie, and Fay. She leaves to honor and cherish their precious memories of her, beloved and ever devoted husband, Louis T. Wheeler, Sr.; son, Louis "Thad" Wheeler, Jr.; daughter-in-law, Tracy Douglas-Wheeler; two grandchildren, Richard Alexander and Caitlin Morgan Wheeler; her adored Park Place Church family; and a host of cousins, nieces, nephews, other relatives, godchildren, and good friends too numerous to mention. "Well done, good and faithful servant."

Lillie Mary Worthey was born on July 10, 1934, in West Mifflin, Pennsylvania. She was the sixth of seven children from the union of the late Johnnie Bell Clark Worthey and John Worthey, Sr. In her youth she attended the First Baptist Church... View Obituary & Service Information

The family of Lillie Worthey Wheeler created this Life Tributes page to make it easy to share your memories.

Send flowers to the Wheeler family.