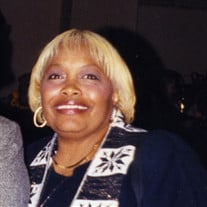 Shirley Jane McLemore was born on November 12, 1945 in Braddock, PA. She was the fifth of six daughters from the union of the late James and Marie Lanham McLemore. She and her siblings grew up in the closeknit community of Whitaker, PA. Shirley was educated in the West Mifflin School District and was in the first group pf students graduating from the new West Mifflin High School. In her youth she attended The Morning Star Baptist Church in West Mifflin where she was baptized under the pastorate of the late Reverend William Reeves. As a young teen, she was active in church life where she was president if the Youth Ministry and was instrumental in raising the money to purchase the church's first communion table. After school Shirley attended Point Park Collage and over the years worked in a number of positions before gaining employment with the First Energy Corporation in Shippingsport, PA. She was a faithful employee, making the long daily commute before retiring after years of dedicated service. She was a graduate of The Hardy Bible School. Shirley was united in marriage to Vailace Finch and from this union 2 daughters were born. She was a member of the First Baptist Church in West Mifflin where she held the position of associate pastor, church secretary, was in charge of new members, and was very proud of heading the church's annual vacation bible school program. She was active and involved in church life until her health no longer permitted her to do so. She was the current recording secretary and a past president of the Allegheny Union Baptist Association. Shirley was a loving mother, grandmother, sister, and confidente who loved to preach, and teach the Word of God; but most of all, she was obedient to God's will. She was impeccably dressed and her stylish hats were her trademark. On July 14, 2016, the Lord, in His infinite wisdom called Shirley home. She is preceded in death by her parents and sister, Mabel Smith. She leaves to honor and cherish her memory her two daughters, Dia (Earl Wanzo) and Faraja Finch-Barbour; sisters: Yvonne Moore, Dorothy Hawkins, Margie Sparks, and Lena Thoms; 6 grandchildren Jordan, Clayvon, and Nyasia Finch, Zion and Caleb Barbour, and Hassan Wanzo: nieces, nephews, cousins, her church family, and good friends too numerous to mention.

Shirley Jane McLemore was born on November 12, 1945 in Braddock, PA. She was the fifth of six daughters from the union of the late James and Marie Lanham McLemore. She and her siblings grew up in the closeknit community of Whitaker, PA. Shirley... View Obituary & Service Information

The family of Shirley Jane McLemore-Finch created this Life Tributes page to make it easy to share your memories.

Send flowers to the McLemore-Finch family.